Founded in 2009, GNI Strategies launched with one mission, to create interactive online experiences that engage real world and virtual communities. We chose the clients we work with because we believe in them. We shape the conversation and increase engagement for political campaigns, non-profits and change focused corporations in the digital space. We take on tough races, advocacy issues and new brands to create lasting change. 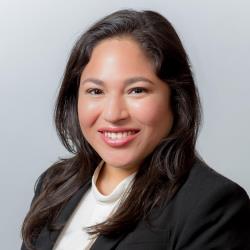 Jovita Pardo is the owner and Chief Executive Officer of GNI Strategies, a boutique political consulting firm. Most recently, Jovita worked to successfully re-elect Judge Nancy Hohengarten, Judge John Lipscombe, and Commissioner Margaret Gomez as well as being an integral part of the team that passed a $925 million bond package benefitting the City of Austin. She also serves as lead consultant to Senator Kirk Watson and Representative Gina Hinojosa, as well as a number of local legislative, judicial, and municipal candidates.

Jovita has a Bachelor of Arts degree focused in History from Austin College, a private liberal arts college in Sherman, Texas. She has worked for Austin Mayor Steve Adler, Senator Kirk Watson, Representative Gina Hinojosa, Sheriff Sally Hernandez, and many other local municipal and judicial candidates. Jovita is a native Austinite who enjoys watching and playing soccer, spending time with her dog Luna, and traveling (while not on campaigns).